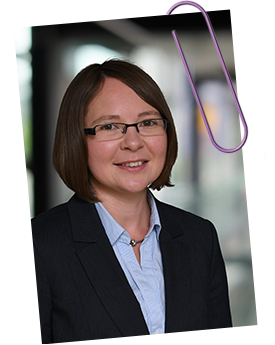 I was born and grew up in Nottinghamshire, England. At school I quickly discovered my passion and talent for languages and decided to pursue a degree in modern languages. Equipped with a BA (Hons) I started work as an in-house translator at CMS Hasche Sigle in Stuttgart, Germany, where I worked in a team of experienced translators. It was here that I was able to gain my first experience of translating in the legal field. I had the opportunity to work with a large number of lawyers and produce translations covering the entire spectrum of commercial law. I learned how large international law firms operate and what is important when translating legal texts. After the birth of my second daughter I decided to set up my own legal translation business and spent 14 years translating for many law firms in German-speaking countries.

In order to further develop my knowledge and understanding of the legal systems of Germany and of England and Wales I additionally embarked on an MA in Legal Translation at City University London in 2010 which I completed in 2011. I added a Postgraduate Certificate in Laws in the specialisation Intellectual Property Law, University of London, to my profile in 2018. I am also a publicly sworn and appointed translator for the English language for Baden-Württemberg and Chartered Linguist.

Since March 2020 I have been employed at CMS Germany as Head of Translation.

My career so far

2002 to 2009 In-house translator at the law firm CMS Hasche Sigle in Stuttgart, Germany

2016 to 2018 Postgraduate Certificate in Laws in the specialisation: Intellectual Property Law, University of London

Since March 2020 Head of Translation at CMS Germany

Between 2012 and 2018 I was involved as a mentor in the mentoring programme run by the German Federal Association of Interpreters and Translators (BDÜ) for new translators. Over the years I have gained a lot of experience and come to know what it is that my clients want and need. I feel that it is important to share this information with colleagues just entering the industry right from the start so that, on top of their linguistic skills, they are encouraged to acquire the business skills and mindset they need to meet the requirements of their clients.

My website uses cookies and Matomo (Piwik) statistics. For more information about the purpose and how you can configure your browser to refuse cookies and turn off the statistics please visit “Legal information and privacy statement”.